In Part III of the series (Part I and Part II), we examined the U.S. Patent and Trademark Office’s (USPTO’s) seemingly arbitrary treatment of petitions filed more than two months after the final Office action. We also exposed procedural traps where deciding officials side-step addressing the merits by dismissing certain ones as untimely. Importantly, we uncovered recent changes in how petitions are decided and identified an increased number and manner of petitions dismissed by the USPTO as untimely.

We used Petition.ai to identify and analyze a collection of 24 petitions pertaining to premature final Office actions to identify those filed after the two-month period of Section 1.181(f) (late-filed) petitions which were either treated on their merits (nine decisions) or dismissed as untimely (15 decisions).

Historically, Technology Center (TC) Directors routinely exercised their discretion to constructively waive the two-month period and decided the merits of late-filed petitions. From this survey, the course of action (dismissed as untimely or decided on their merits) apparently does not hinge upon the lateness of the petition. See Chart 1.

The MPEP provides no rationale identifying circumstances in which the two-month period should be constructively waived. As such, this important decision is apparently left entirely to the Group Director’s discretion. In Chart 1, you can see Group Director’s exercising their discretion in TC2400, TC3700 and TC1700.

We also discovered disparate practices between two populations of cases: those decided before and after November 15, 2018. Prior to November 15, 2018, we found 67% (8/12) of the petitions filed more than two months after the contested Office action mail date were decided on their merits. However, since November 15, 2018, 92% (11/12) of the petitions have been customarily dismissed as untimely. Without public notice, TC Group Directors collectively began strictly enforcing the Section 1.181(f) time period in late 2018 to retroactively dismiss petitions as untimely. See Chart 2.

Finally, during the course of our review, we identified three recent instances in which the practice of dismissing petitions as untimely was expanded to dismiss timely-filed petitions by imposing a new interpretation for MPEP Sections 706.07(c) and (d) and expanding the TCs new policy requiring reconsideration to non-final Office actions. Although MPEP Section 1002.02(b)(3) permits applicants to invoke supervisory review to request reconsideration of a TC Group Director’s decision, anecdotally, this is an often pointless exercise with responses languishing for 100s of days.

Following are the links to Part I & Part II

A USPTO Examination Policy Change You May Have Missed

With little fanfare, the latest Manual of Patent Examining Procedure revision in June inserted a subtle, but potentially significant, change to the first-action final rejection practice that may make the patent examination process more costly for patent applicants, and more profitable for the U.S. Patent and Trademark Office. 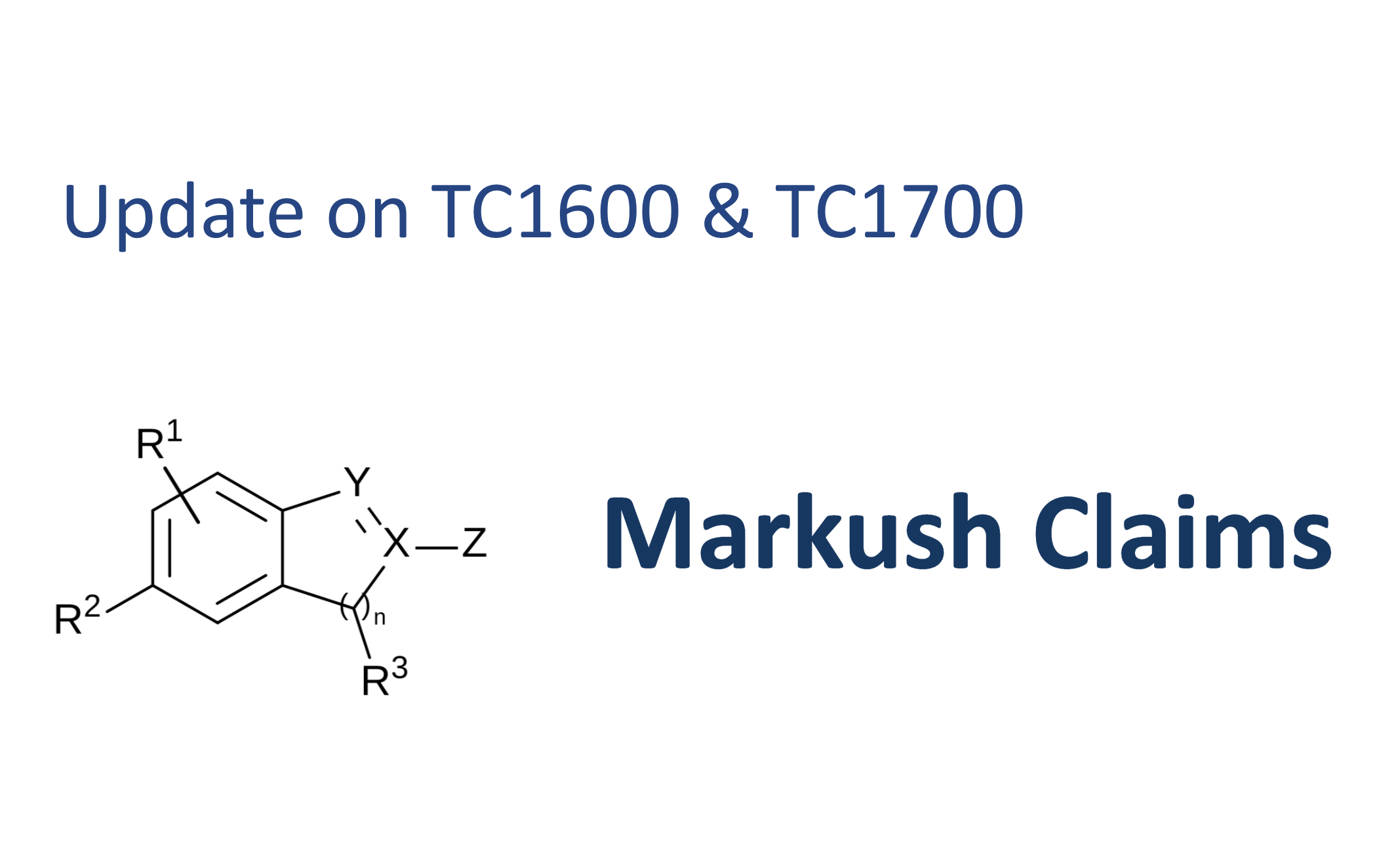 Update on TC1600 and TC1700’s Treatment of Markush Claims

The USPTO provides examiners with the option of rejecting Markush claims for containing improper Markush groupings and/or restricting examination of Markush claims by a requirement for an election of species. The rejection of a Markush claim is appealable to the Patent Trial and Appeal Board (“PTAB”) in accordance with 35 U.S.C. § 134 and 37 C.F.R. § 41.31(a)(1).