A USPTO Examination Policy Change You May Have Missed 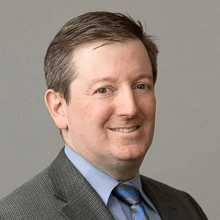 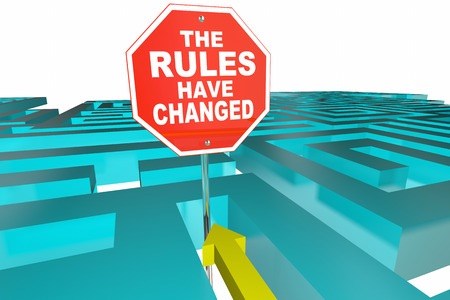 This article was originally published by Law360

With little fanfare, the latest Manual of Patent Examining Procedure revision in June inserted a subtle, but potentially significant, change to the first-action final rejection practice that may make the patent examination process more costly for patent applicants, and more profitable for the U.S. Patent and Trademark Office.

What Is the MPEP?

U.S. patents are granted only after the USPTO determines that a patent application satisfies all patentability requirements of federal patent laws and complies with regulations promulgated by the USPTO.

USPTO staff maintain also a Manual of Patent Examining Procedure, currently spanning thousands of pages, offering interpretation of the statute and regulations and instructions to examiners. The MPEP guides examiner behavior and, therefore, impacts the patent examination process. USPTO regulations are promulgated pursuant to the Administrative Procedure Act, which requires a process that includes publication of proposed rules and a public comment period.

Although the USPTO publishes the MPEP its changes to the MPEP do not necessarily involve public comment.

Patent Examination and the Difference Between Nonfinal and Final Rejections

Every patent applicant pays a search and examination fee to the USPTO,[1] and a patent examiner evaluates patentability. USPTO policy encourages examiners to prepare a thorough first examination report on the merits, or office action, identifying all perceived deficiencies,[2] to which the applicant has a legal right to respond.[3]

The USPTO classifies office actions as nonfinal or final. During nonfinal prosecution, examiners and applicants are interacting on a level playing field.

A final rejection does not foreclose a patent applicant from pursuing a patent. The patent applicant can file a request for continued examination, or RCE, to remove the aforementioned constraints of a final rejection.[7] An RCE again permits the applicant to file amendments, arguments, and evidence, and demand reconsideration. An RCE also requires payment of a fee that is about double or triple the original examination fee![8]

A Change to Examination Practice Without Formal Notice and Comment

Because the USPTO discontinued the practice of providing revisions marks,[12] MPEP changes can be easily overlooked. The following markup shows how relevant portions of Section 706.07(b) were changed:

By all indications, the USPTO intends these changes to apply retroactively to pending continuations and RCEs that were filed under the USPTO's old policy and awaiting USPTO action, irrespective of the applicant's expectations at the time of filing.

Does the USPTO Intend to Abolish Nonfinal Office Actions During Continuing Examination?

In a practice that dates back to 1969, a first-action final rejection would have been found improper in this situation.[13] MPEP 804 defines the phrase "same invention" in the context of statutory double patenting under Title 35 of the U.S. Code, Section 101, which means that identical subject matter is being claimed twice.[14] Under the "same invention" standard, applicants and practitioners have come to expect that most claim amendments filed with an RCE will result in nonfinal office actions (or allowances).

The USPTO's new policy would appear to give examiners' discretion to issue a final rejection whenever the applicant files an RCE or a continuing application[15] with no claim amendments or with amended claims that are patentably indistinct from the claims that were previously examined.

What if the applicant files an RCE with claims to a patentably distinct invention? The USPTO has an established position on that question, grounded in the MPEP and the rules:

Applicants cannot file an RCE to obtain continued examination on the basis of claims that are independent and distinct from the claims previously claimed and examined as a matter of right (i.e., applicant cannot switch inventions). See 37 CFR 1.145. Any newly submitted claims that are directed to an invention that is independent and distinct from the invention previously claimed will be withdrawn from consideration and not entered.[16]

Even under the existing practice scheme, RCE practice is stacked against a patent applicant. Although the examiner has become familiar with the application through an initial examination and a reconsideration, and the number of remaining patentability issues typically has been reduced (or at least better defined) by the time an applicant receives a final office action, the applicant pays substantially more to the USPTO for continued examination than is paid for the initial examination.

At the same time, the "count" system that the USPTO uses as a metric for patent examiner productivity awards less credit to examiners during examination following an RCE, and still less credit for second and subsequent RCEs:[17]

The new first-action final rejection policy threatens to exacerbate this trend of paying more, but getting less. With a new application, the patent applicant is guaranteed a nonfinal first office action; a right to file amendments, arguments and evidence; and a right to full reconsideration as outlined above.

A patent applicant also could typically expect a nonfinal office action following an RCE (or in a continuation application) under the "same invention" criteria of previous versions of the MPEP, as long as the applicant filed a meaningful claim amendment. Under the revised MPEP, the situations in which patent applicants will receive a nonfinal rejection following an RCE may be greatly reduced.[19]

Normally, USPTO personnel are alerted of upcoming policy changes, including advance notice of changes to the MPEP, by way of memoranda to the examining corps. These memoranda are posted on the USPTO website[20] and available to patent practitioners, covering topics such as the "Reminder Concerning Terminal Disclaimers" on Oct. 19, 2017, and the "Advance Notice of Change to MPEP 2131.03" on Jan. 28, 2016.

The authors are unable to find any memorandum to the examining corps which announces the change to first-action final rejection policy introduced in MPEP 706.07(b).

The USPTO also announces upcoming policy changes via the Federal Register notice. The authors found only one Federal Register notice[21] pertaining to the June MPEP revision, which was dated after the MPEP release and which did not specifically identify a change to MPEP 706.07(b) nor provide any rationale to account for the change in policy. Anecdotally, patent practitioners were caught unaware by the June revisions to Section 706.07(b).

Had the USPTO wished to implement a change to first-action final rejection by formal rulemaking, it would have announced the change, which would have been the subject of a period of public comment. Indeed, in January 2006, the USPTO generated a set of rules[22] that, if implemented, would have limited the number of continuation applications and RCEs that a patent applicant could file to pursue examination of patentably indistinct claims.

Similarities between motivation and potential effect of the 2006 proposed rules and the June 2020 revision to first-action final rejection practice can be inferred.

The 2006 proposed rules were promulgated in an attempt to address office resources being "absorbed by the examination of a second or subsequent continued examination filing [being] diverted away from the examination of new applications, thus increasing the backlog of unexamined applications."[23] In the 2006 proposed rules, the USPTO attributed applicants with filing 52,870 RCEs as compared to 289,000 new applications (18.29%). While no rationale has been provided for the June 2020 revision to first-action final rejection practice, it appears that the USPTO is once again trying to reduce examiner time spent on about 105,000 RCEs[24] filed in the last year as compared to 570,329 new applications[25] (18.4%).

The 2006 proposed rules generated considerable public comment — much of it negative — and resulted in lawsuits alleging that the rules overstepped the USPTO's rulemaking authority and violated the law. After years of litigation during which implementation of the rules was enjoined, the USPTO voluntarily withdrew this controversial, unpopular rules package in late 2009.

It remains to be seen how the USPTO will implement the June first-action final rejection policy change and how patent applicants will respond.

David Gass is a partner at Marshall Gerstein & Borun LLP.

The opinions expressed are those of the author(s) and do not necessarily reflect the views of the firm, its clients, or Portfolio Media Inc., or any of its or their respective affiliates. This article is for general information purposes and is not intended to be and should not be taken as legal advice.

[1] At the time of writing, the search and examination fees are $660 and $760, respectively, with discounts available for applicants that qualify as a small entity. These will increase to $700 and $800, respectively, in October 2020.

[7] An applicant also can appeal to the Patent Trial and Appeals Board, a process beyond the scope of this article.

[11] Executive Summary and Change Summary for the E9R10.2019 available at https://www.uspto.gov/web/offices/pac/mpep/mpep-0005-change-summary.html.

[12] Instruction Regarding the Ninth Edition dated March 2014 available at https://www.uspto.gov/web/offices/pac/mpep/old/e9r0/mpep-0005-change-summary.pdf.

[15] The new FAFR Policy and its effects on Continuation Practice will be covered in a subsequent article.

[16] See MPEP 706.07(h), subsection VI.(B) and MPEP 819. "The general policy of the Office is that applicants are not permitted to shift to claim another invention after an election is made and an Office action on the merits is made on the elected invention. The applicant cannot, as a matter of right, file a request for continued examination (RCE) on claims that are independent and distinct from the claims previously claimed and examined (i.e., applicant cannot switch inventions by way of an RCE as a matter of right). See MPEP § 706.07(h), subsection VI.(B)."

[17] Counts in the following table are based upon publicly available information. The USPTO's updates to the Examiner's Performance and Appraisal Plan announced October 2019 do not appear to have been made publicly available as of this time. https://www.uspto.gov/patent/laws-and-regulations/examination-policy/updates-patent-examination-time-applicationrouting.

[18] The search fee is only charged for a new application. In continuing applications, including RCEs, the Examiner reviews and relies upon prior search notes and brings the search up to date, tasks less time consuming and burdensome that formulation and conducting the original search. See MPEP 904. Whether an RCE requires an examiner to update his/her initial search is a case-specific matter.

[19] The changes to MPEP 706.07(b) did not eliminate Applicant's entitlement to a non-final Office action in one circumstance, a topic to be covered in a second article: "It would not be proper to make final a first Office action in a continuing or substitute application or an RCE where that application contains material which was presented in the earlier application after final rejection or closing of prosecution but was denied entry because (A) new issues were raised that required further consideration and/or search, or (B) the issue of new matter was raised."

Update on TC1600 and TC1700’s Treatment of Markush Claims

The USPTO provides examiners with the option of rejecting Markush claims for containing improper Markush groupings and/or restricting examination of Markush claims by a requirement for an election of species. The rejection of a Markush claim is appealable to the Patent Trial and Appeal Board (“PTAB”) in accordance with 35 U.S.C. § 134 and 37 C.F.R. § 41.31(a)(1). 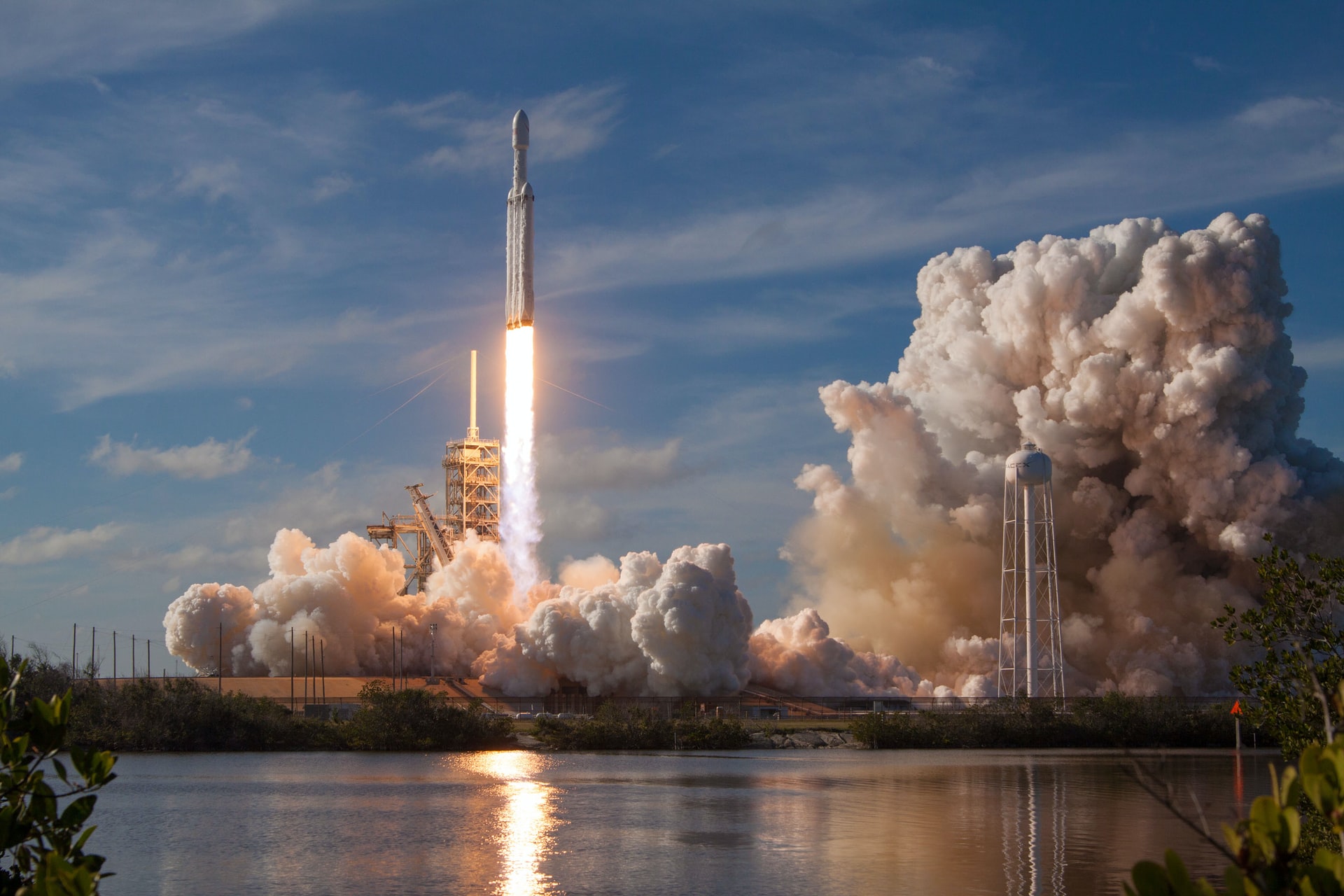 Petition.ai Launches the First Comprehensive Searchable Database of USPTO Patent Petition Documents. Significantly increase the likelihood of getting a petition granted on the first attempt while saving time and effort, relieving stress and reducing uncertainty.